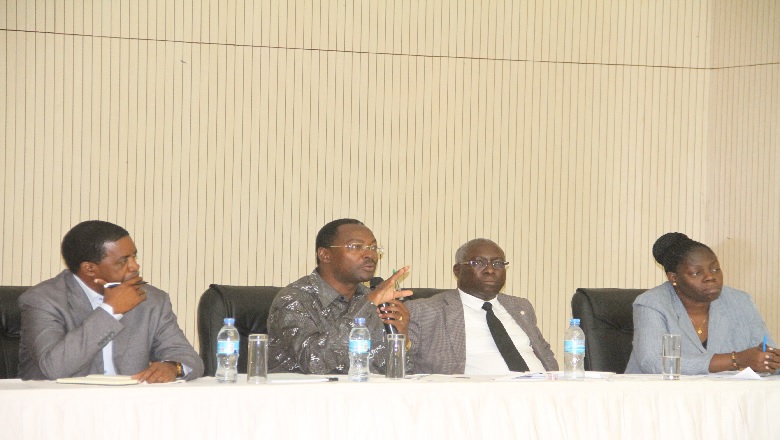 MINISTER of State in Vice President’s Office (Union and Environment),
Mr George Simbachawene has issued a 14 day ultimatum to producers and
suppliers of alternative bags to ensure that they comply with all set
standards including putting manufacturer's label.

Speaking in Dar es Salaam shortly after touring the Dar es Salaam Port
, Mr Simbachawene said the presence of illegal producers of the bags
has denied revenues to local registered producers in particular and
the government in general.

“We must know who is producing and supplying these alternative bags,
the legally recognized producers registered in the country are missing
out revenues due to illegal producers and suppliers,” he said.

Apart from the order in question, Minister Simbachawene said after the
grace period a through inspection will be conducted to uncover the
unscrupulous people behind the move who are defying set standards and
their products would be destroyed.

Mr Simbachawene ordered National Environment Management Council (NEMC)
officials dealing with inspection of imported good to work 24 hours at
the Port of Dar es Salaam in collaboration with other government
agencies to ensure that no illegal goods are imported.

“The Port efficiency is measured on its keenness in handling imported
and exported goods. If necessary labour force should be beefed up to
make sure that the desired efficiency is met,” he said.

According to the minister, no stone would be left untouched when it
comes the issue of dishonest workers who sabotage government efforts
in stimulating revenue collections.

He pointed out that regulations governing the matter stipulates that
whoever imports, exports or produces alternative package bags should
make sure that the bags conform to the standards set by Tanzania
Bureau of Standards (TBS).

Since the government announced the ban of polythene bags various
measures have been taken to make sure that high quality alternative
bags are adequately supplied to bridge the gap.