NEMC basks in glory of public support over noise pollution 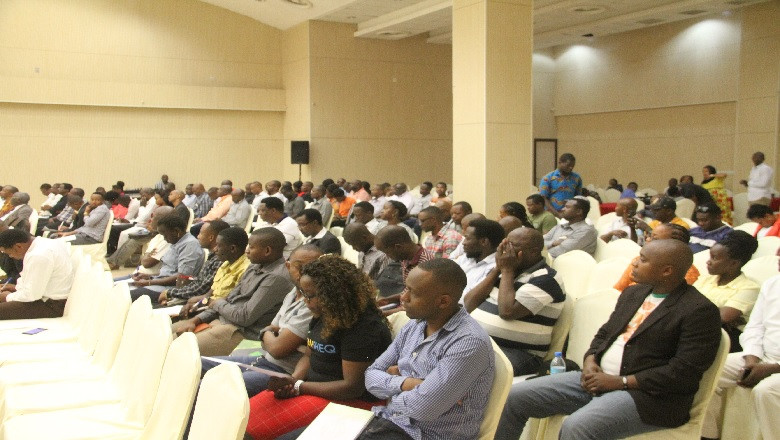 TANZANIANS have thrown their weight behind the National Environment Management Council (NEMC) in its determination to fight noise pollution and stave off apparently hidden grave effects on health, especially in newborns. NEMC Director General Samuel Gwamaka said here yesterday that the flow of complaints into NEMC offices over noise pollution pointed to Tanzanians’ support to the council’s resolve to end noise pollution and protect people’s health. “Some weeks back we organised an education workshop in Dar es Salaam on noise pollution. While in Mbeya Region I took advantage to report to the nation on the results of that the positive results on our consistent public education. I explained, for example, that babies suffer most from excessive noise and that we have received 600 proper public complaints on this offence. This is a very encouraging development we are proud of,” he said. Dr Gwamaka said increasing public reports on noise pollution indicated two things: first, that Tanzanians were a conscious nation and second, that people were serious with NEMC’s work. He called on

Tanzanians to continue reporting formally to NEMC offices sources of excessive noise and promised the nation the council’s quick response. Noise pollution culprits may be fined up to one million/- and stubborn culprits would face court action, he explained. Complainants on noise pollution already received by NEMC, especially in Tanzania’s cities and towns, blame the offence on prayer and entertainment houses located in residential areas. While in Mbeya, Dr Gwamaka gave an example of a reported case of newborn that lost hearing capability because of noise pollution. It was later established in hospital that the baby’s cochlear was damaged excessive noise. Experts say that exposure to noise pollution during pregnancy and after delivery may result in often terrible effects on newborns; effects include growth retardation, cochlear damage and consequently loss of hearing capability. But noise pollution could lead to premature birth and birth Health experts warn that noise pollution affects both health and behaviour and that excessive noise damage physiological health by causing hypertension, high stress levels. Dr Gwamaka warned that no amount of excuse will save polluters from punishment.