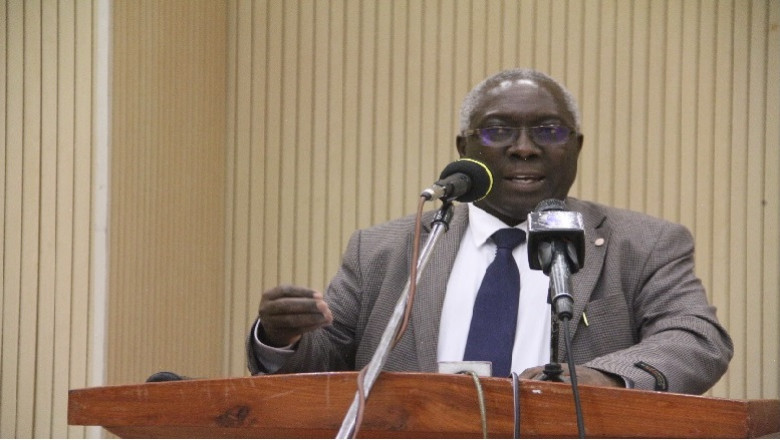 NEMC Director General, Dr Samuel Gwamaka told journalists who are following up implementation of the government’s ban on plastic carriers that in relation to that issue NEMC was expected to promote entrepreneurship but also ensure the law was observed in order to protect people’s health and environment.

“Our council’s duty has to dimensions: one, to promote strictly government policies in order to enhance people’s welfare and two, to observe strictly the law. We give necessary support to entrepreneurs as a way of promoting government’s industrialisation and trade policies but we also have to ensure all entrepreneurs observe the laws of the land. We cannot mince words on this,” Dr Gwamaka emphasised.

The MD said people selling water or other items in plastic bags must go to offices of the Tanzania Bureau of Standards (TBS) and be told the right materials to use for their businesses. In Dar es Salaam petty traders are retailing suspect water popularly known as ‘kandoro’ using banned plastic bags.

Dr Gwamaka said in implementing the government’s ban, NEMC regularly reviews various aspects surrounding the ban and then decides on what to do when it was opportune to do so. “We are very sympathetic to struggling vendors who are selling clean water and other items. But the message we are sending now is that those using banned plastic bags are unwelcome; this is illegal, uncalled for and should stop henceforth,” he warned adding that Vice-President Samia Suluhu Hassan had in the past also warned on the illegality of bags and their use.

He hinted that NEMC inspectors were visiting areas to see whether or not the laws were being observed. Culprits risk fines or imprisonment or both, he cautioned.

Dr Gwamaka also warned producers and distributors of carriers that to do not meet standards set by the TBS that they were also breaking the law. He said explained that cargo with suspect carriers were being held at the Dar es Salam port because they were imported without observing the law and meeting set standards. He said a plastic bag must carry the name, trade mark and address of the producer, a TBS logo and must not be less than 70GSM.

NEMC’s Director of Legal Department, Mr Bernard Kongoza, explained that users of the banned bags risk arrest by police. “We are working very closely with the police at district level. So violation of government order will lead to arrest by police to allow prosecution. We are appealing to all people to observe instructions that are issued by NEMC because that water is highly suspect and is being sold in banned bags,” he said.

This is the second time producers, importers and distributors of suspect carriers are warned. A week ago the Minister of State in the Vice-President’s Office (Union and Environment), Mr George Simbachawene, warned that distributors of dubious carriers risk legal action and, further, the unwanted bags would be confiscated and destroyed.

He gave distributors 14 days to remove the bags from circulation.